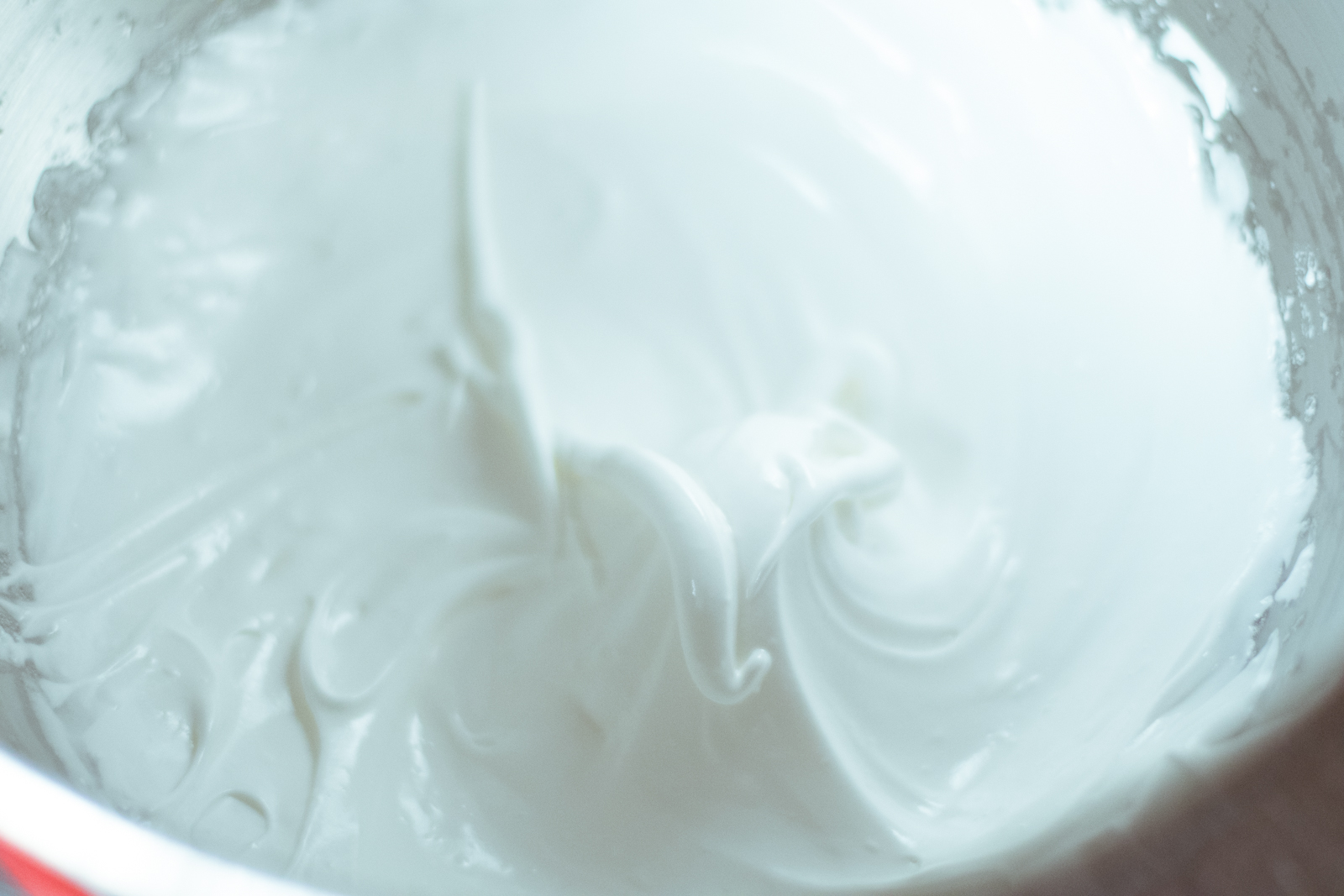 Meringue and its kinds

French, Italian, Swiss, overbeaten, underbeaten, airy, collapsed one, bird’s beak and everything you wanted to know about meringue

Sometimes a sponge cake can rise not because of the egg whites foam but thanks to the chemical interference, i.e. baking powder.

A mixture of egg whites and sugar is called meringue.

Meringue acts as leavening agent in mousses and creams (for example, Chiboust cream). Gelatin is also used to stabilize a dish if baking is not required. 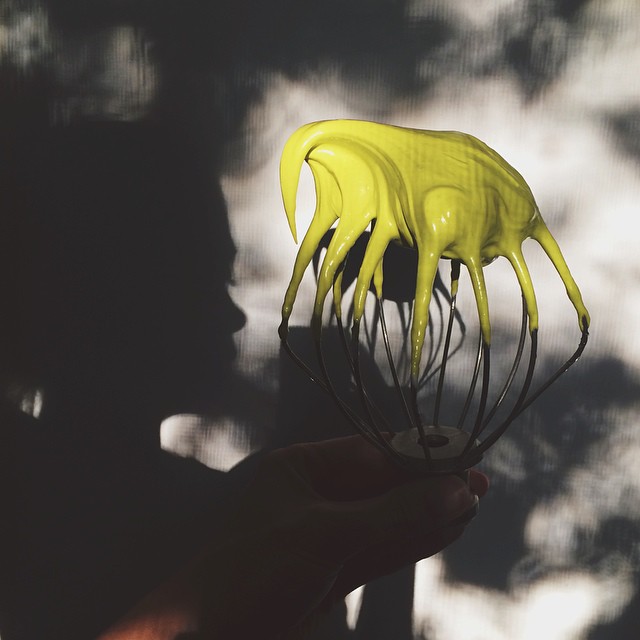 The key to a good meringue is not to mix egg yolks up with egg whites during separation. Even a small amount of egg yolk can prevent egg whites form forming a foam and, of course, a meringue itself. In order to cook a good meringue all baking utensils must be grease free, clean and dry.

You have probably heard about such classification of whisked egg whites. Each peak is important in baking! Let’s sort everything out!

Soft peaks – when egg whites are well whisked but if you remove a whisk egg whites mass won’t hold its form and start leaking. Soft peaks are essential if we cook soufflés or sponge cakes.

Medium peaks – when egg whites mass holds its form but the tip flops over to a bird’s beak. Medium peaks are also suitable for a sponge cake. It means that whisked egg whites with soft and medium peaks will potentially increase in volume and rise during cooking.

Stiff/firm peaks – when a whisk is lifted egg whites mass is so stiff that it holds its form proudly, doesn’t collapse, and the tip stands straight up. This consistency is essential for cooking of meringue and cream. Egg whites whisked until stiff peaks won’t increase in volume in the oven but they hold their form much better. 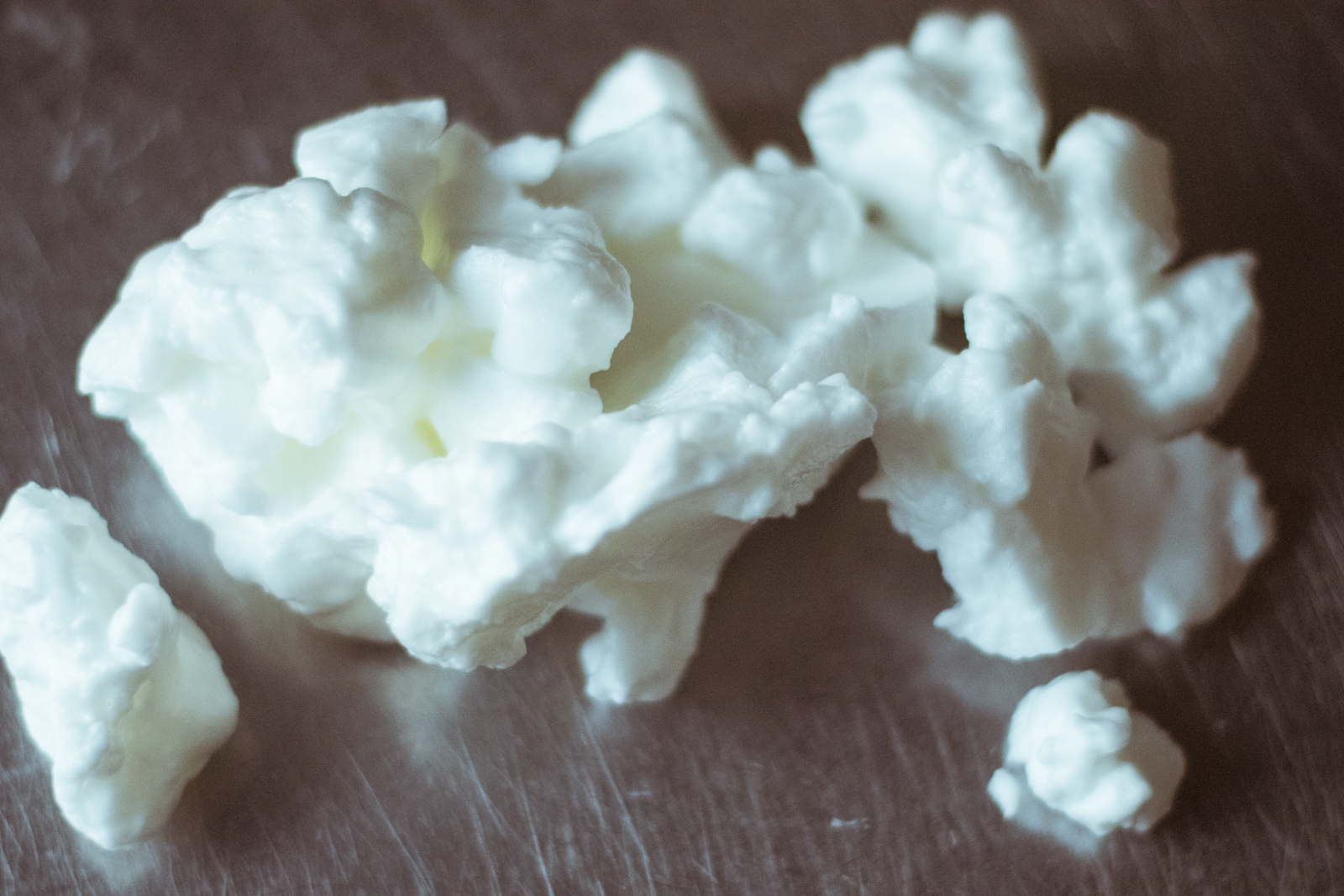 Overbeaten egg whites is one of the most common mistake while making egg whites foam or meringue. If egg whites are overbeaten they will become dry, grainy and lose their volume. The end result won’t increase in volume as needed.

It’s easy to overbeat a meringue with a small amount of sugar. If meringue is used to “neutralize” the taste (for example, a mousse or Creme Patissiere), it will be difficult to mix it with the main mixture, i.e. this mixture will lose its airy and light texture when whisked too long . That is why it’s better to whisk meringue with a small amount of sugar until soft peaks which fall when a whisk is lifted, and form a “beak”. Whisked meringue should be smooth, not grainy.

Avoid keeping meringue in humid conditions. Sugar absorbs moisture from the air and it makes meringue texture bubbly and thin.

Acid products (cream of tartar, vinegar, citric acid) increase the stability of meringue. Acid increases foam stability and decreases the possibility to overbeat meringue. When whisking in a copper bowl acid is not usually used as it can dissolve copper.

When meringue is whisked it can be whisked into the main mixture or the mixture is added to meringue. The only exception is the meringue which is baked without adding other ingredients.

Do not whisk meringue for a sponge cake or mousse in advance – it can collapse and you won’t get the expected result. 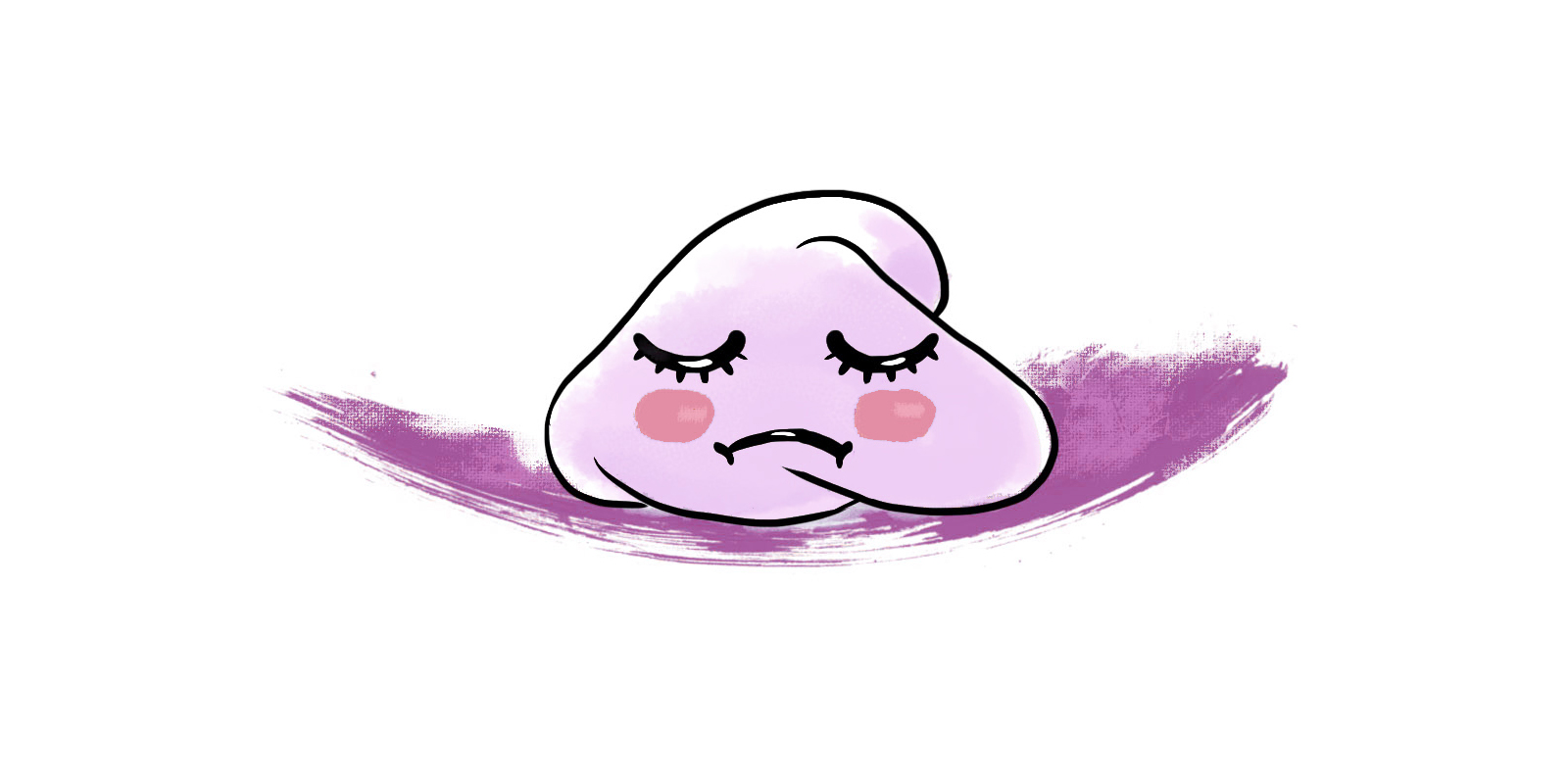 Folding of meringue is a very important process as it is used to incorporate 2 different semi-finished products together which differ in weight. Folding is usually made with a spatula starting at the bottom of the bowl and moving up slowly rotating the bowl. A small amount of a lighter mixture is often added to a stiffer one what lightens the former and then it allows the remainder to be folded in with ease. You should fold the ingredients carefully and quickly otherwise we will lose the airiness of the lighter mixture.

I will tell and show you how to do it in this video course.

There are 3 types of meringue: French, Italian and Swiss. Every meringue is used for certain dishes.

It is usually used for baking cakes and biscuits. We just need to whisk egg whites with sugar. It can also be baked. 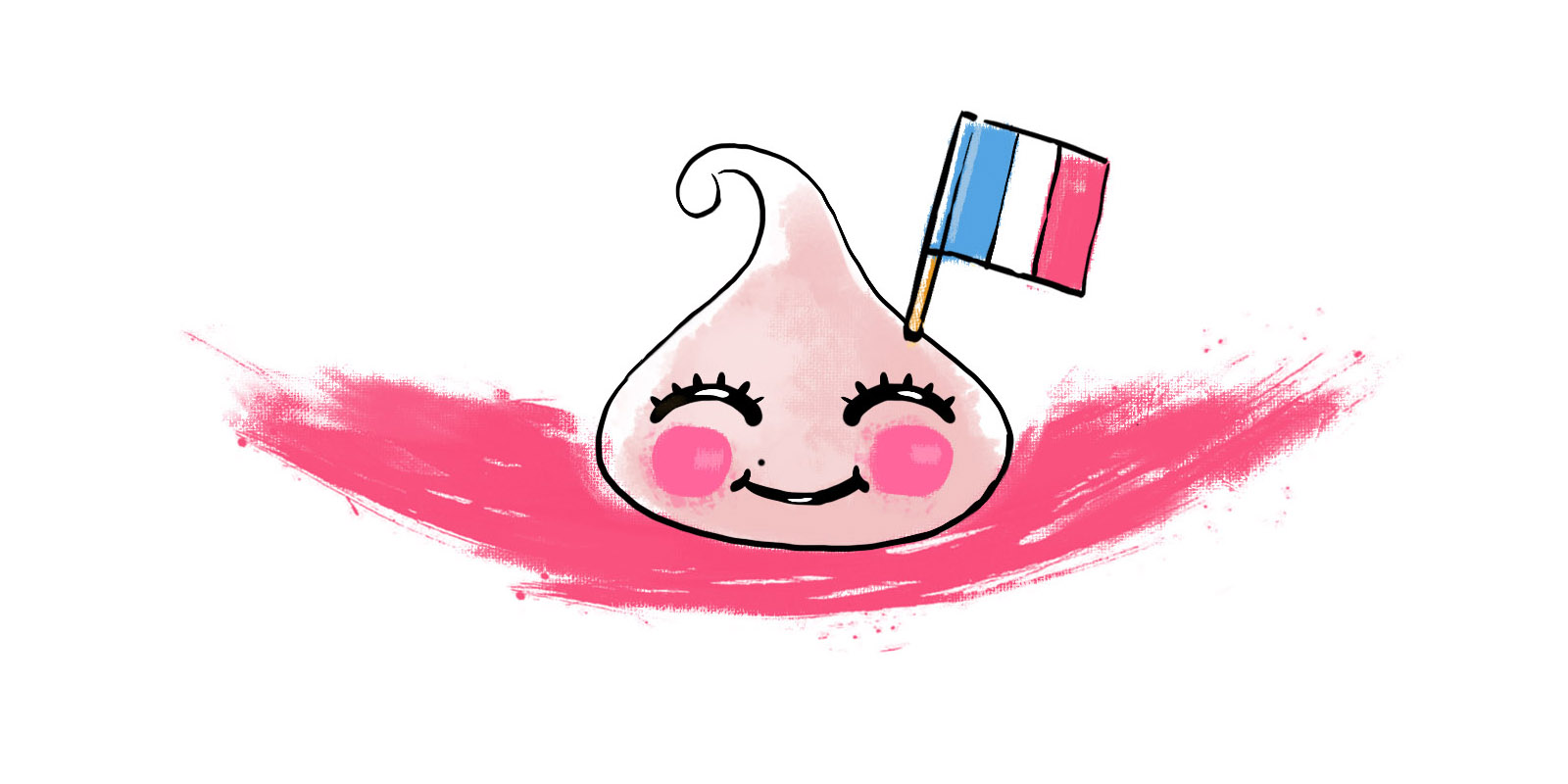 Add 50 g of caster sugar or powdered sugar to each 35 g of egg whites (you can change the proportion according to the rule: the more sugar you add the stiffer meringue becomes).

Put egg whites into a bowl. Whisk egg whites at a low speed. Add acid. Increase the speed up to medium one. When egg whites reach soft peaks slowly add sugar. Whisk the mixture at a medium speed until stiff peaks. Whisk it at a high speed for about a few seconds. Whisked meringue should be smooth and silky.

Italian meringue is formed by heating sugar syrup with egg whites. The hot sugar syrup (at 114-118°C, soft-ball stage) is added to softly beaten egg whites and the the mixture is whisked until stiff meringue. Whipping continues until the meringue is fully voluminous, stable, light, and satiny. It is used for the cooking of mousses and light buttercream as you don’t need to bake it. 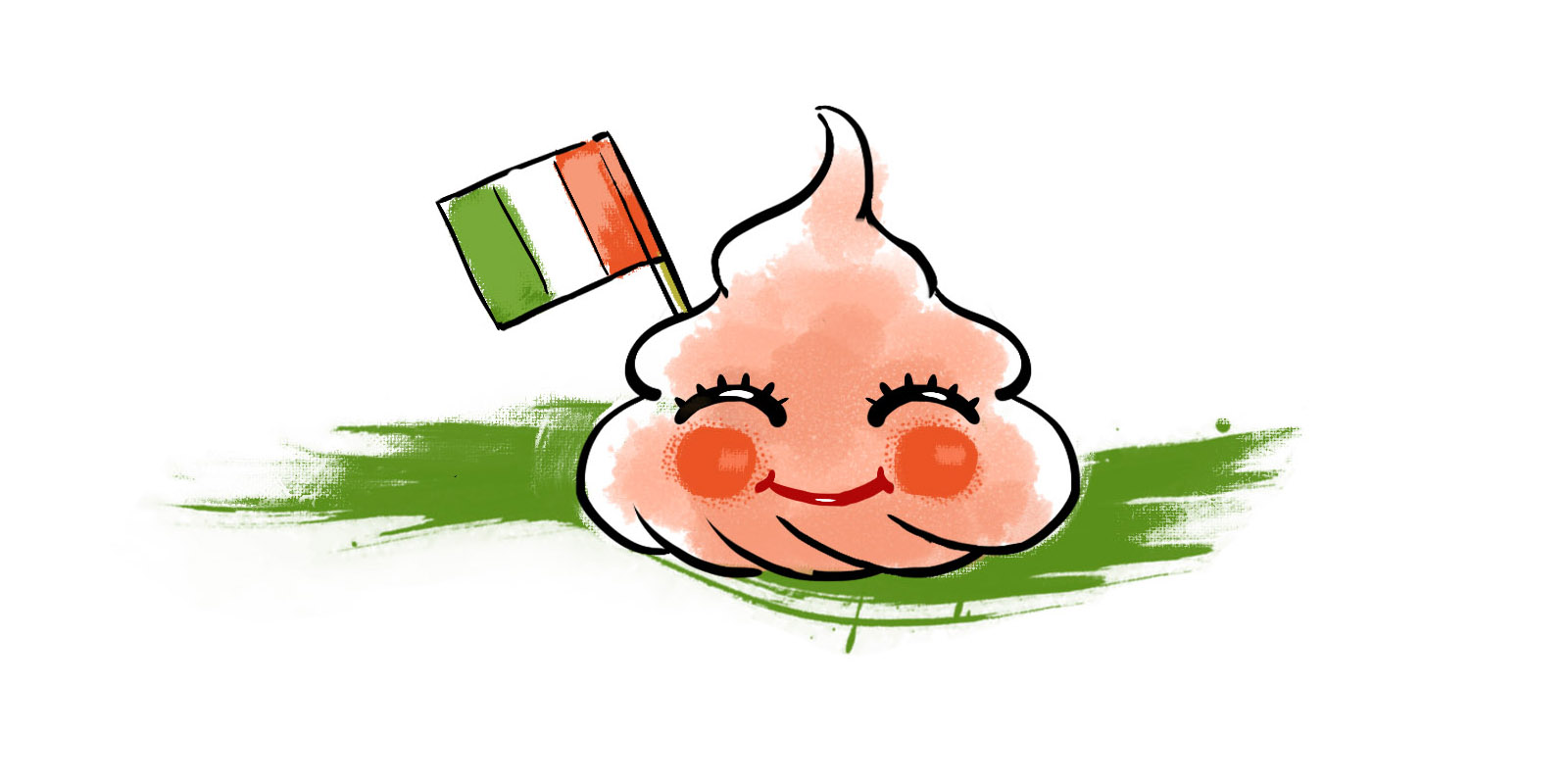 Mix 150 g of sugar and 40 g of water. Bring to the boil. Meanwhile whisk egg whites until medium foam. 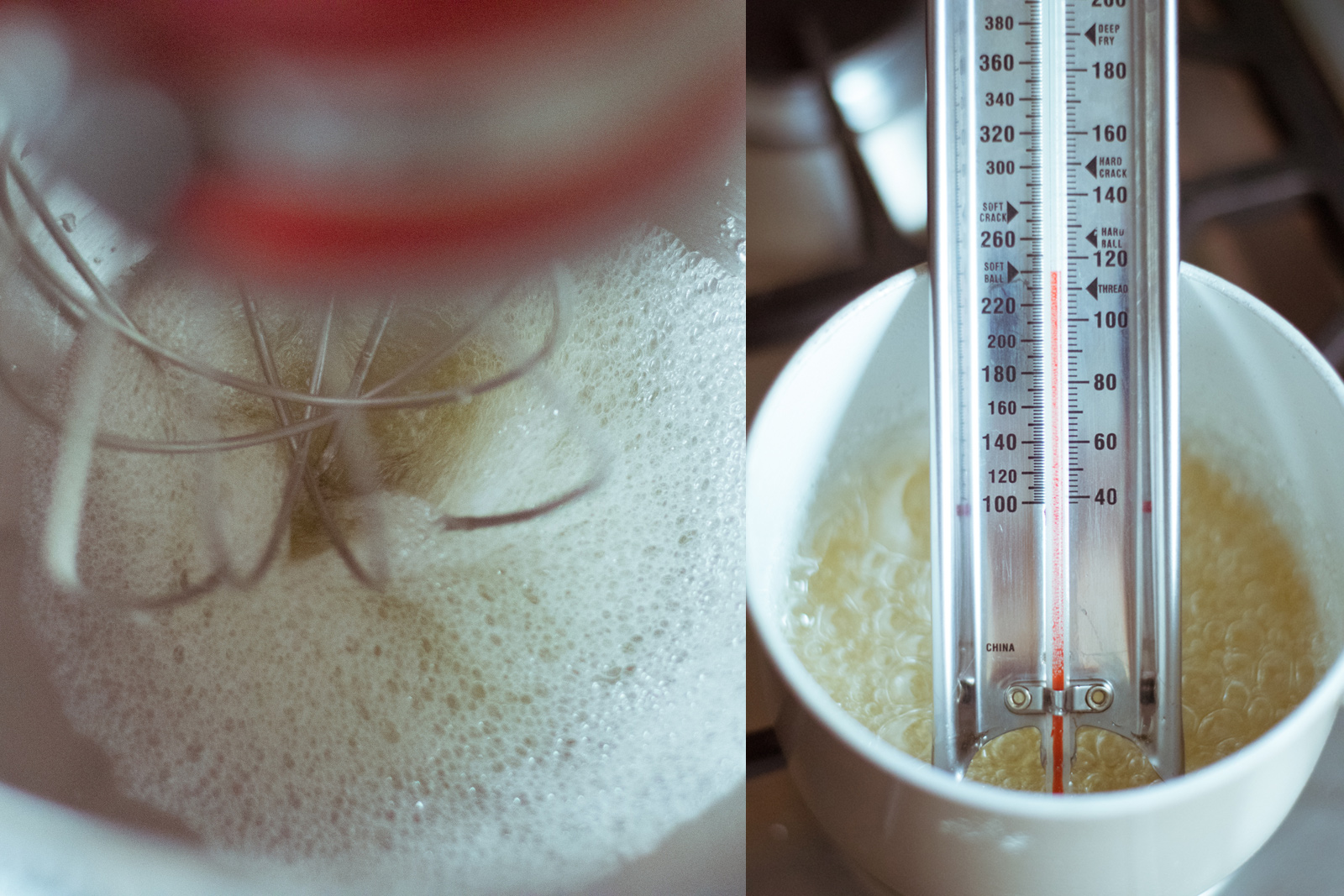 When the syrup reaches 116°C dribble it right into the whisking egg whites. Try to dribble the syrup on the side of the bowl so that it could stay away from a whisk and won’t splash. Continue to whisk until the meringue is cool and stiff. 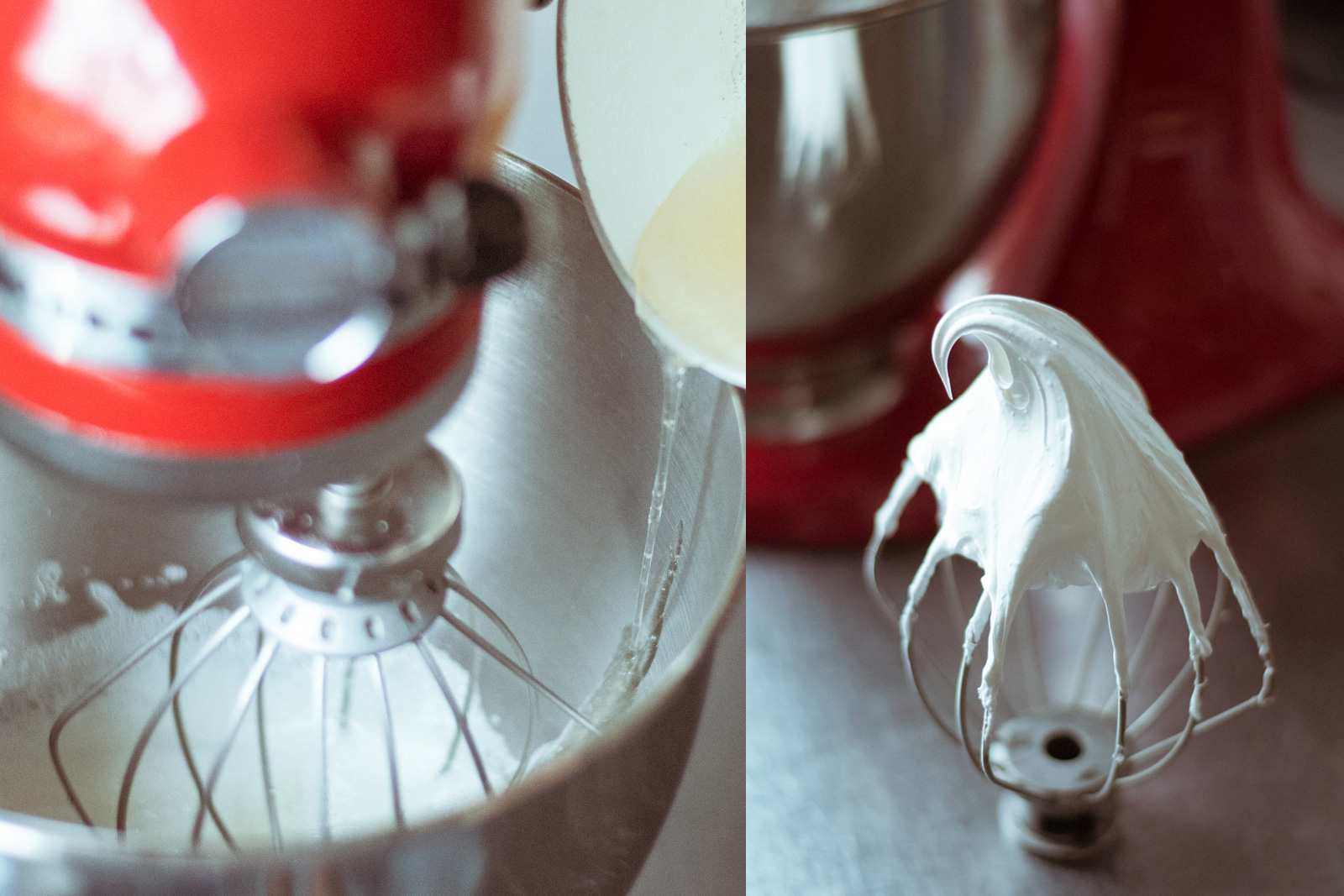 It is a mixture of egg whites and sugar, heated over a pot of simmering water at 54°C and then whisked until stable and firm meringue. Swiss meringue doesn’t attain a big volume and is not as light as the others because of the early addition of sugar. This meringue type is stiffer and more stable. As it is cooked over a a pot of simmering water, i.e. egg whites are pasteurizing which means that Swiss meringue can be used without heating for cake layers, decoration and so on. 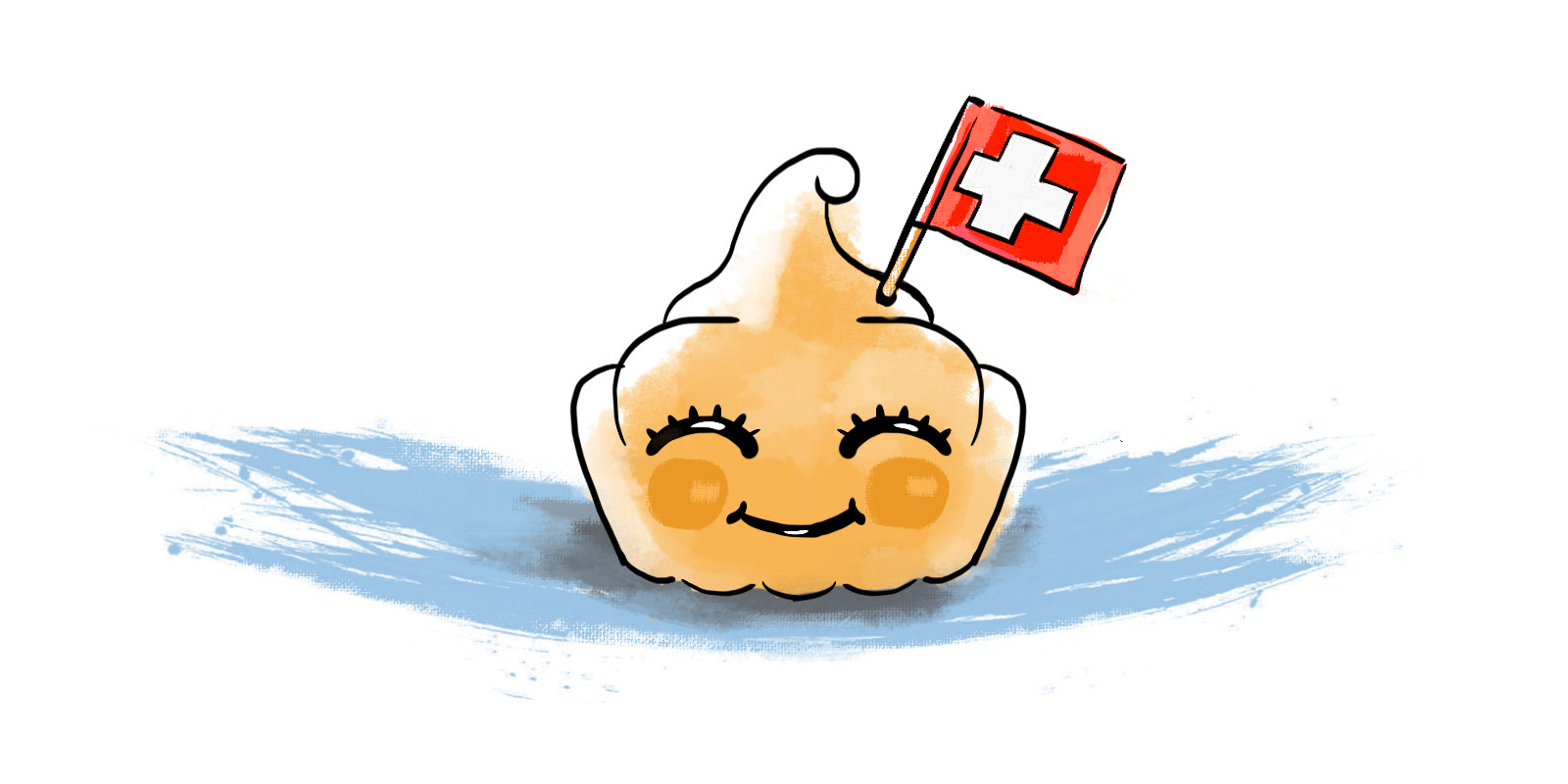 Mix 150 g of sugar and 70 g of egg whites. Place it over a a pot of simmering water, stirring the mixture with a whisk, bring to 54°C. Remove from fire. Start whisking slowly. As soon as the amount of the mixture increases, turn the mixer on to a medium speed and whisk until it’s stiff and cool.

Meringue and its kinds was last modified: September 17th, 2016 by dimabuko